Home Publication: Gut-microbe derived TMAO and its association with more progressed forms of AF: Results from the AF-RISK study

Publication: Gut-microbe derived TMAO and its association with more progressed forms of AF: Results from the AF-RISK study

In a study by Bao-Oanh Nguyen and Laura Meems et al. published in International Journal of Cardiology Heart & Vasculature, it was shown that higher levels of Trimethylamine N-oxide (TMAO), a gut microbe-derived metabolite, were associated with more progressed forms of atrial fibrillation (AF). Precursor levels of TMAO did not differ between the AF groups. Other members from Groningen Cardiology involved in this project included Isabelle van Gelder and Michiel Rienstra. 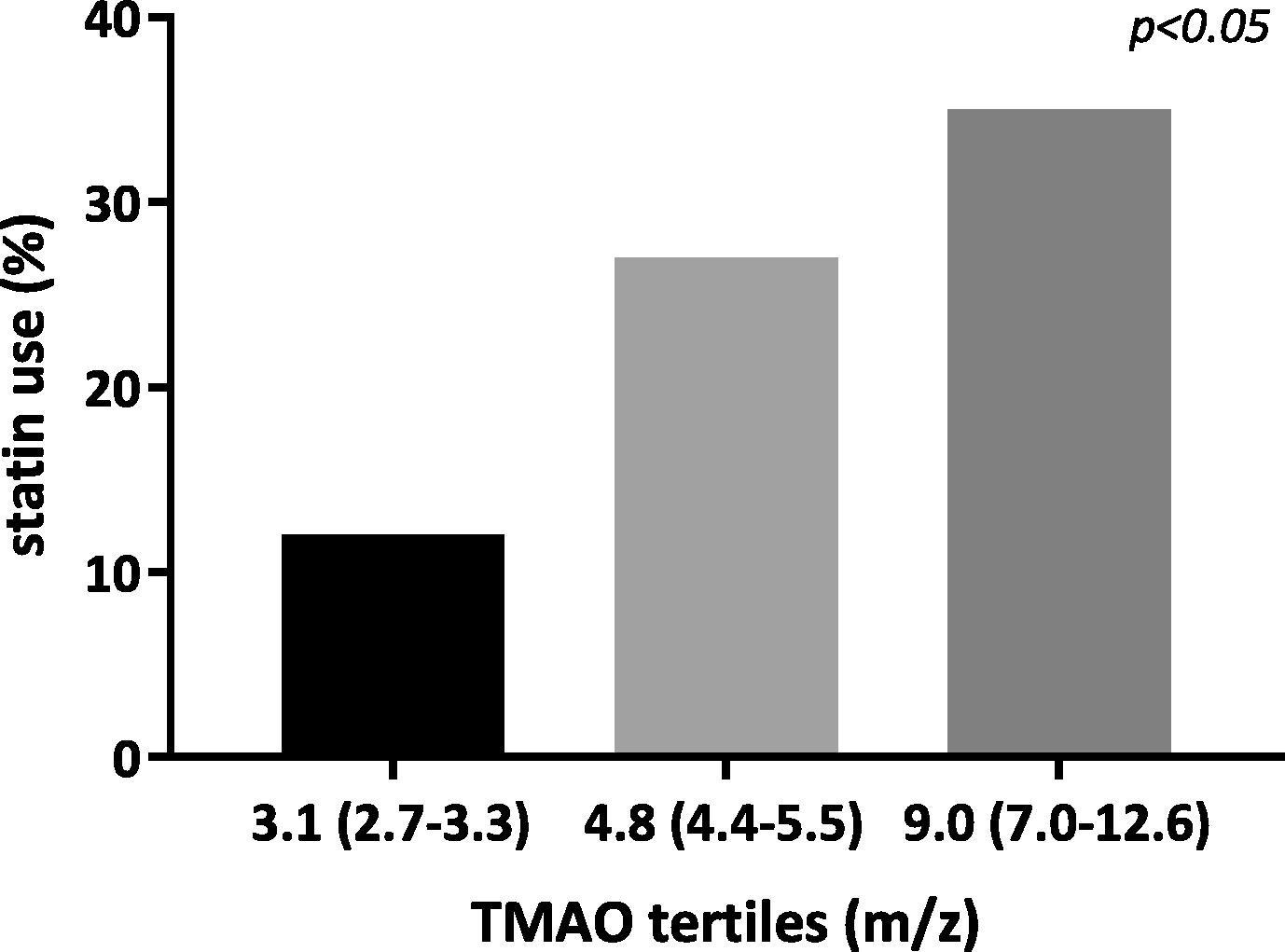 TMAO and its precursor (betaine, choline, and L- carnitine) levels were measured in 78 patients participating in the AF-RISK study. Paroxysmal AF was present in 56 patients, 22 patients had a short history of persistent AF. TMAO levels were significantly higher in patients with persistent AF, as compared to those with paroxysmal AF. Betaine, choline, and L- carnitine levels did not differ between the AF groups. Additionally, in univariate analysis it was observed that for every unit increase in TMAO, the odds for having persistent AF increased. The results suggest that higher levels of TMAO are associated with more progressed forms of AF. It is therefore hypothesized that increased TMAO levels may reflect disease progression. Larger studies are required to validate these preliminary findings.