Atrial fibrillation (AF) is the most common sustained arrhythmia around the world and the number will increase due to aging populations, more awareness of its existance and early detection tools and policies. The development of AF progression is driven by risk factors, underlying cardiovascular diseases, and AF itself.  However women and men with AF are different in terms of age, comorbitties, clinical characteristics and circulating biomarkers.

To investigate sex differences in patients with AF, a set of biomarkers were measured in women and men with short-lasting AF in a well phenotype cohort AFRISK and were later validated in another AF cohort, RACE V, both conducted at the UMCG and other medical centers from the Netherlands. 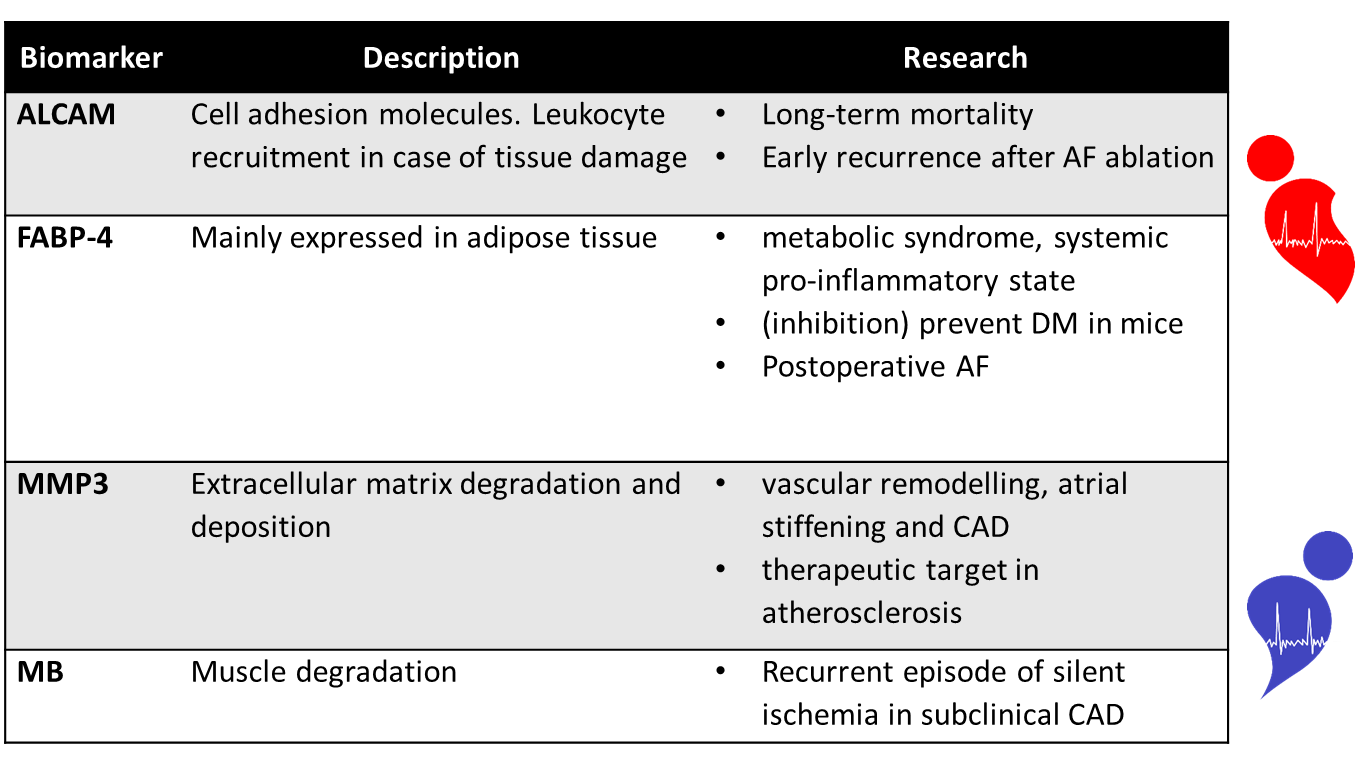 In women, inflammatory biomarkers seem to be more often associated with AF; in men, biomarkers for vascular remodelling.

Vicente is supervised by Isabelle van Gelder and Michiel Rienstra  and his PhD project focuses on personlized approaches to atrial fibrillation.

This is the sixth post in a series that highlights our projects related to sex differences in heart disease. A new post is published every two weeks.