The primary focus of Navin Suthahar’s research was to investigate sex-related differences in the pathophysiology and biomarker levels. The idea was to use this knowledge to design a sex-specific HF risk prediction model, focusing on women. He is, therefore, involved with SHE-PREDICTS-HF, which is a project funded by the Dutch Heart Foundation (DHF).

Heart failure (HF) is a major public health problem and is a leading cause of morbidity and mortality worldwide. The lifetime risk for HF is comparable in women and men, and is estimated to be approximately 20% in both sexes. However, the way in which the heart responds to CV stressors is fundamentally different among women and men. For instance, when subjected to CV stress, female hearts can experience left ventricular hypertrophy more readily than that of men. On the other hand, cardiomyocytes die more often in men than women. The exact mechanisms underlying these sex-related differences are incompletely understood. 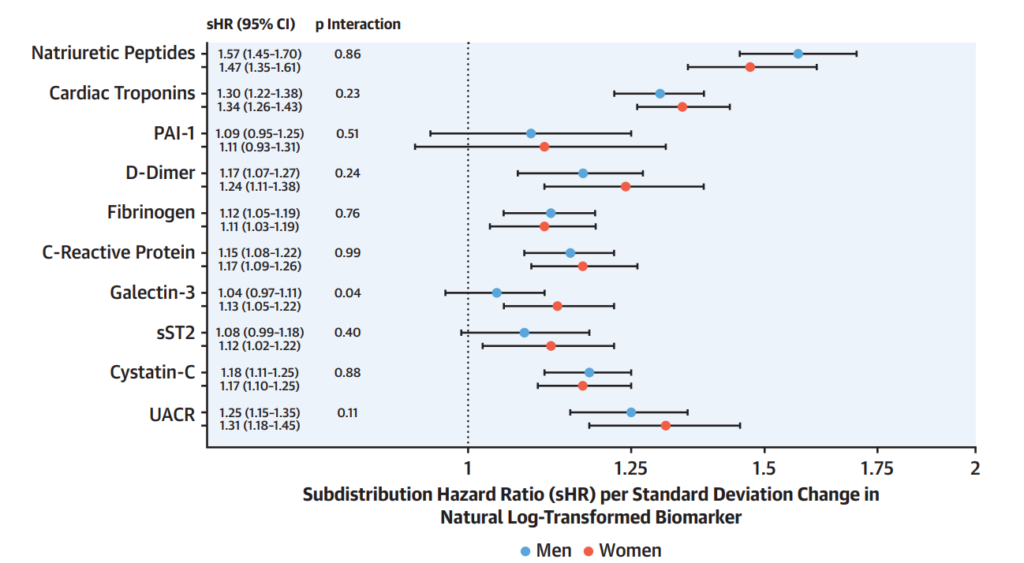 Navin and his colleagues aimed to address this knowledge gap using data from four large community-based cohorts with 12.5 years of follow-up. The cohorts included Framingham Heart Study (FHS), Multi-Ethnic Study of Atherosclerosis (MESA), and Cardiovascular Health Study (CHS) from the United States, as well as Prevention of Renal and Vascular End-stage Disease (PREVEND) from The Netherlands. They hypothesized that sex-specific associations of CV biomarkers and risk factors with incident HF would be different in women and men, and that these differences might provide an insight into sex-specific pathophysiological mechanisms associated with HF. Surprisingly, no major sex-related differences in the association between CV risk factors, biomarkers and the risk of incident HF was identified. Navin also found that clinical risk factors combined capture the bulk of HF risk in both sexes, and addition of single biomarker measurements resulted only in negligible improvements in HF risk prediction.

Quick take-home messages from this research

Currently, Navin’s research focuses on secreted factors in obesity, and their contribution to cardiovascular disease and cancer development. Using large metabolomics datasets from the PREVEND population-based cohort, he aims to identify novel factors associated with obesity, cardiovascular disease, and cancer. Given that fat mass and distribution substantially differ in men and in women, he will specifically examine whether the metabolic signature of human obesity, as well as their associations with clinical outcomes are different in men and in women.

Navin is supervised by Rudolf de Boer and successfully defended his thesis on Wednesday the 20th of October, 2020.

This is the second post in a series that highlights our projects related to sex differences in heart disease. A new post is published every two weeks.